Here’s a hard truth about startup funding — while you can’t spell funding without ‘fun,’ there’s not much fun involved in the process.

Raising equity funding in the early stages is a long and difficult journey that can be demoralizing for many founders. However, if you do it successfully, you get to walk away with the funds you need to grow your startup into everything you’ve ever hoped for and more.

A significant challenge that many founders run into is finding that raising a round of funding takes much more time than originally expected. And while, as a founder, you understand that your startup can excel with the right funding, convincing others to invest thousands or millions of their money into your company is not an easy task.

Related: How Startups Work and Grow

We’ll help you learn about the various stages of series seed funding from A to E and everything in between, including the process, requirements, structure, and average payout amounts.

An Introduction to Seed Funding

You might’ve heard the general rule for seed funding is to allow three to four months to raise funds. However, every startup is different. There are plenty of founders who, depending on how far along they are, how successful they were in the past, what their metrics are, and the size of the series round they’re raising can do it in a shorter time.

But, it could take much longer, especially if you’re trying to raise funds during the summer when the fast-moving world of venture capital moves a bit slower than usual. Plus, during that time, many startups start feeling the stress that comes with potentially running out of money (or actually running out of funds) at an all-time high. Many founders also find it challenging to essentially perform two full-time job duties at the same time: raising money for their startup and running their startup.

Another challenge that comes with equity funding is when multiple people are involved in running the startup. And while most founders start with a relatively small and intimate team, each round of funding comes with bringing new investors on board.

Those investors typically expect more than a financial portion of the company — they often also want to have a say in how you run the startup. And in extreme cases, investors can even require you to remove a founder, like what happened with Travis Kalanick (the founder of Uber).

When raising equity funding, your investors are exchanging their money for a stake in your company and how it performs moving forward. While equity is the most sought-after type of capital for startups and entrepreneurs, it’s also the least readily available. It’s essentially a supply problem — there are many more founders looking to fund their ideas than there are equity investors willing to write a check.

However, despite these challenges, many startups raise funding each year, implying that many investors believe the potential rewards can outweigh the strife and risk. So, let’s talk about what startup founders can expect during each stage of seed funding.

What Is Pre-Seed Funding?

The earliest stage of funding is pre-seed. It’s so early that many founders and investors don’t include it in the equity funding cycle.

During this stage, founders typically work by themselves or with an extremely small team to develop proof-of-concept or a prototype of their product. Funding the pre-seed stage usually happens with money from the founders, friends and family, an incubator, or an angel investor.

This funding stage is relatively new in the startup lifecycle, so it’s challenging to say how much a founder can expect to raise in the pre-seed period.

What Is Seed Funding?

Seed funding is the very first capital that a startup raises, whether they move on to Series A or not. Some startups may use pre-seed funding to get them to where they can raise an additional round of seed funding, but it varies between companies.

Seed funding is relatively self-explanatory — it’s the seed that will help grow the company. It’s used to take startups from the ideology stage to their first steps, like conducting market research and developing a product.

Startup founders can raise seed funding from various sources, including angel investors, incubators, family and friends, and venture capital firms that specialize in focusing on early-stage startup companies. However, angel investors are the most common during this stage.

Seed funding is also the endpoint for many startups that don’t gain traction before the initial funds run out, resulting in them running out of runway and folding.

However, on the other hand, some startups determine that they don’t need to raise additional money and that the amount they receive during the initial seed funding stage is enough to move on, meaning they don’t continue to Series A and beyond.

How Much Money Does Seed Funding Involve?

What Is Series A Seed Funding?

When a startup gets through the seed stage and has gained some traction (more users, views, revenue, or other KPIs they set), they’re ready to start raising Series A seed funding to help lift the company to the next level.

During Series A seed funding rounds, startups should have a business plan to develop the company, even if they haven’t put it into place yet. They are also expected to use the Series A funding to increase their revenue.

How Much Money Do Series A Seed Funding Rounds Involve?

Series A investments are higher than the initial seed round — typically $2 to $15 million — investors look for more substance before committing to this round. Simply having an excellent idea isn’t enough anymore; the founders have to prove that the idea will make for a great company. The typical valuation for startups raising Series A seed funding is between $10 and $15 million.

Series A and all subsequent rounds are typically led by a single investor who anchors the entire round. So, getting that initial investor is crucial for founders — you’ll often find other investors falling into line after the first commitment. However, if you lost that first investor during the seed round, it can be devastating, causing others to drop out as well.

Venture capital firms are the main investors during Series A seed rounds, but angel investors aren’t uncommon in this stage. In addition, more startups are using crowdfunding for their Series A rounds.

What Is Series B Seed Funding?

Most startups are ready to start raising Series B seed funding when they’ve found the right product/market fit and need help to continue expanding. The big question is whether or not your startup can scale — can you continue attracting new users and customers?

The goal for Series B seed funding is to increase capital for expansions to gain new customers and grow the company’s team to serve the growing customer base. To remain competitive, startups need to hire a range of people who are excellent in their roles — founders can’t take on every duty any longer as the company continues to grow, so they need to raise enough to offer competitive salaries to attract the top talent.

How Much Money Do Series B Seed Funding Rounds Involve?

In the Series B Seed round, startups can expect to raise $7-10 million. The expected valuation of the startup at this time is anywhere from $30 million to $60 million.

Similar to Series A funding, most of the investments in this stage come from venture capital firms — the same investors that led the previous round. Every round comes with a new valuation of the company, leading previous investors to choose to reinvest to ensure their initial investment remains significant.

Companies in Series B funding also attract the same firms that like to invest in late-stage startups.

What Is Series C Seed Funding?

If a startup makes it to Series C funding, they are doing very well. They’re also likely to be ready to expand into additional markets, create new products, or acquire other small businesses.

Series C companies commonly try to expand to other countries to reach the international market, and they may also look to increase their valuation before starting their initial public offering.

Oftentimes, Series C seed funding is the final round that a startup goes through, although some do proceed to Series D, E, and beyond. However, Series C is the common final push that prepares companies for an acquisition or its IPO.

How Much Money Do Series C Seed Funding Rounds Involve?

For Series C funding, startups can typically expect to raise around $26 million. The valuation of these companies ranges from $100 million to $120 million, although sometimes they are worth much more — especially with the explosion of “unicorn” startups.

At this stage, valuation is no longer based on expectations and hope; it’s based on hard data points, like the startup’s number of customers, revenue, and current and expected growth. This funding can come from late-stage-focused venture capital firms, banks, hedge funds, and private equity firms.

Series C seed funding is when most startups get involved with major financial institutions as they prove their company and product. In addition, previous investors may continue investing during Series C, but it’s not required.

What Is Series D Seed Funding?

In Series D funding, things get more complicated. As we mentioned, most companies finish their fundraising with Series C. However, there are two primary reasons why a startup may choose to move on to Series D:

Down rounds can help startups push through a rough patch, but it also devalues the company’s stocks. Afterward, many startups have difficulty raising again — it hurts their trust with investors to deliver on their promises. Down rounds also demoralize employees and dilute founder stock, making it even more challenging to get back ahead.

How Much Money Do Series D Seed Funding Rounds Involve?

Not many startups raise a Series D seed funding round, but when one does, it’s typically funded by a venture capital firm. The valuations and amounts raised vary widely because so few companies reach this stage.

What Is Series E Seed Funding?

We said that few startups make it to Series D funding — even fewer take part in Series E funding. Companies that reach this point are likely raising for one of the reasons listed above in the Series D section — they’ve either failed to meet their expectations, want to stay private longer, or need help expanding a little more before going public.

As for how much money Series E seed funding involves, it’s impossible to say. Like the Series D round, the numbers vary drastically from startup to startup.

Learn more about founding, funding, and running a startup with our free resources and see how our experts at TaxRobot can help you claim your startup’s R&D tax credits. 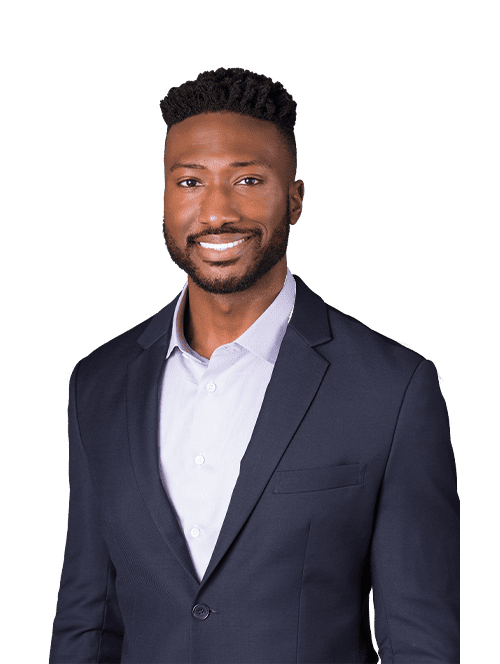 Uche has spent the entirety of his career focusing on complex legal issues affecting the design industry, with the majority of his time dedicated to the R&D tax credit. Prior to founding TaxRobot, Uche served as a Senior Project Manager at a national tax consulting firm.

TaxRobot is the most efficient way to automate your R&D tax credit. Get bigger refunds, audit-proof paperwork, and value-based pricing. Click the button below to connect with us and find out how much you’re owed.
Get Started
As a former R&D tax credit consultant myself, I see tremendous value in TaxRobot. They are fast, accurate, efficient, and have true experts supporting you through the process. I highly recommend them to anyone considering an R&D Tax Credit software to complete their analysis. 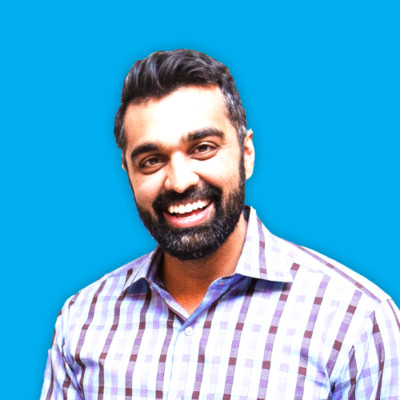 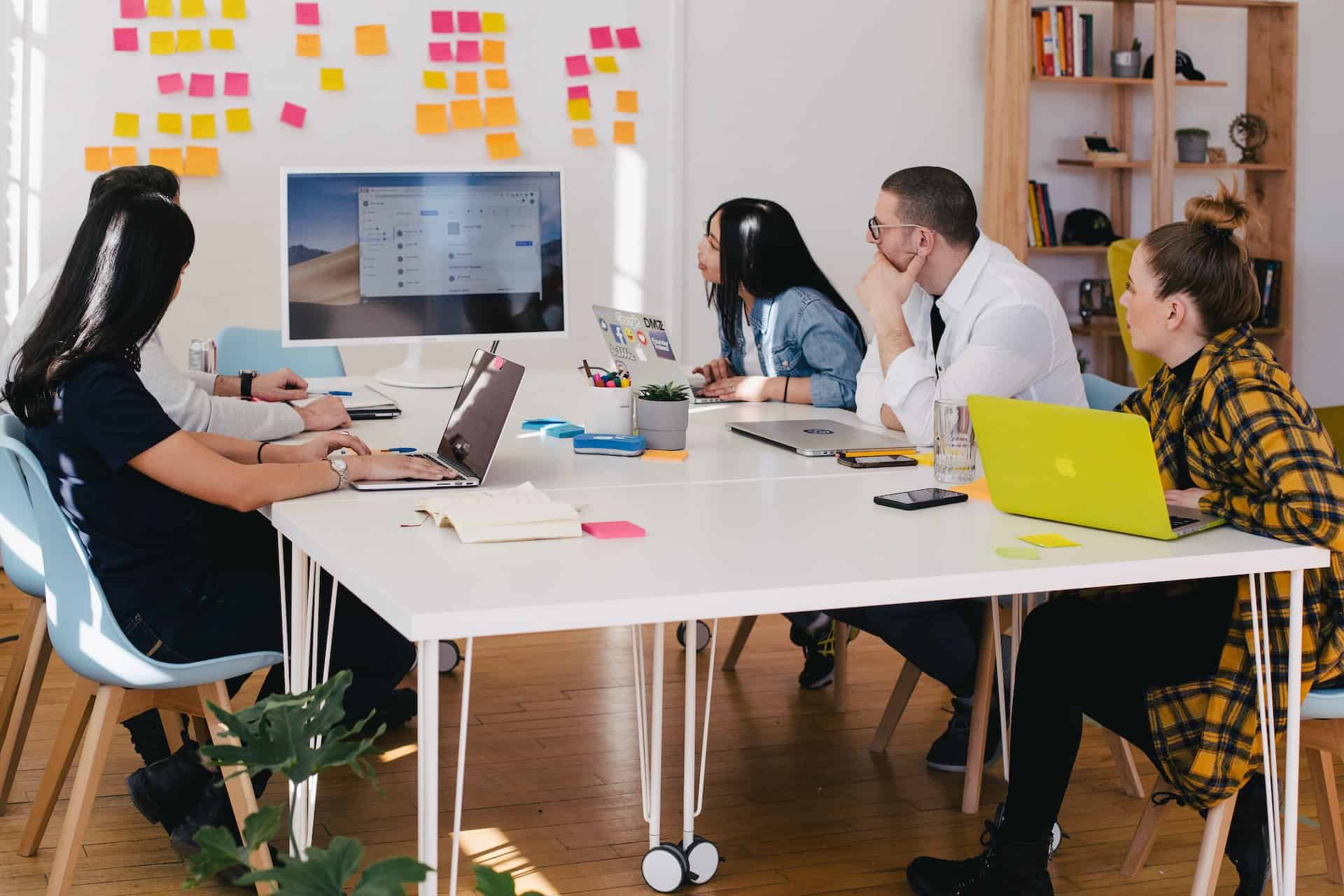 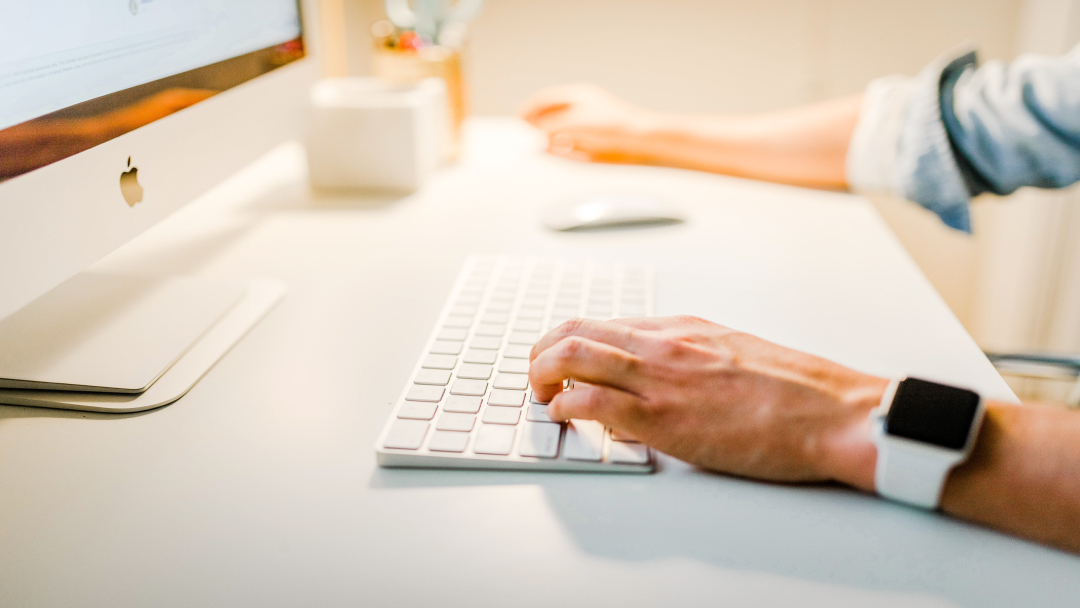 What Is Revenue Reconciliation? Why It Matters 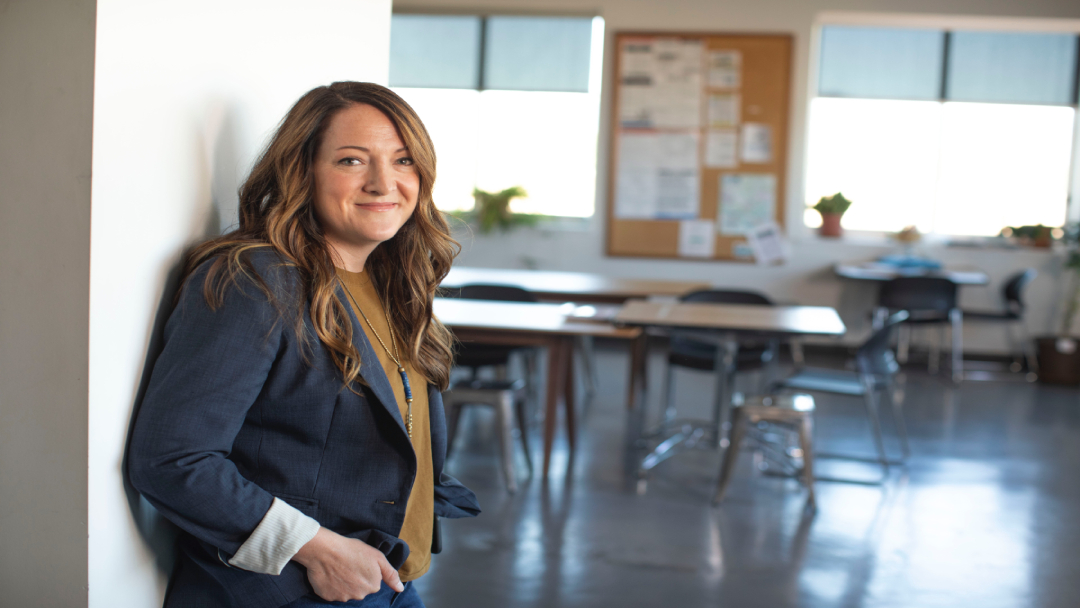 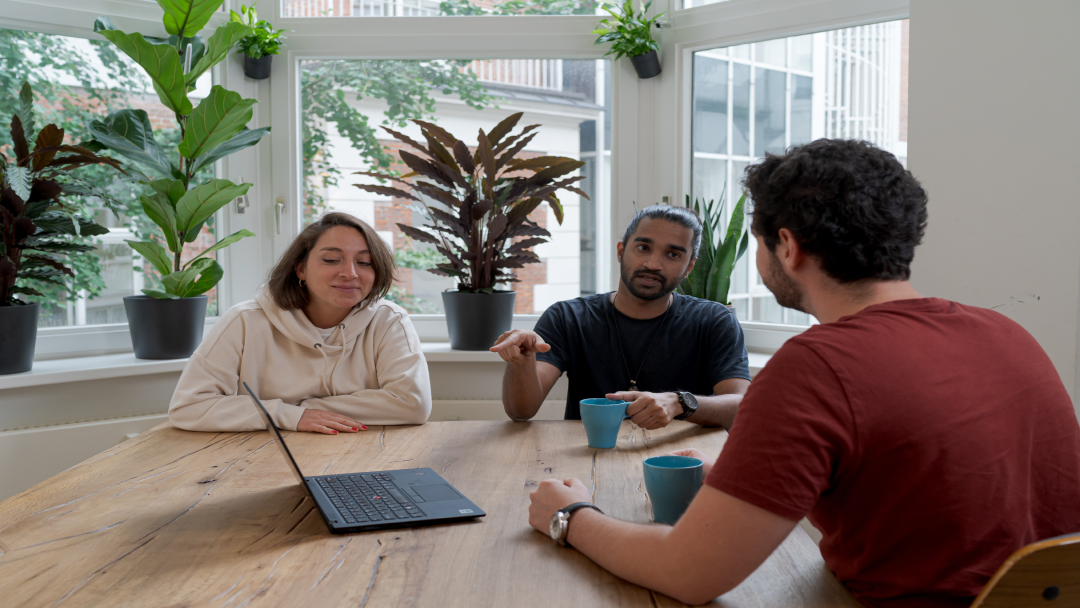 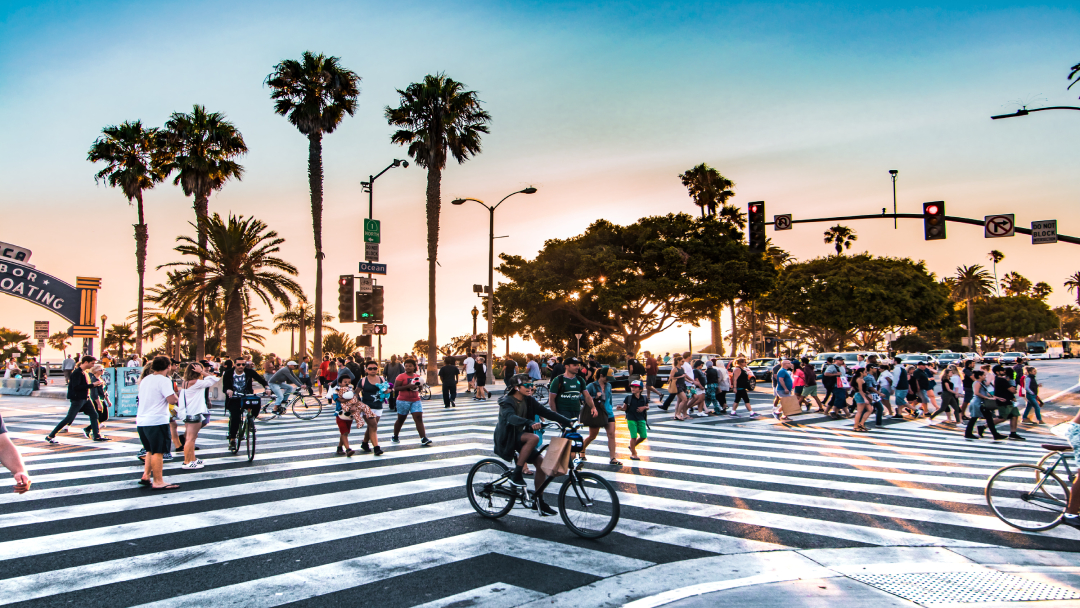 TaxRobot is the most efficient way to automate your R&D tax credit. Get bigger refunds, audit-proof paperwork, and value-based pricing. Click the button below to connect with us and find out how much you’re owed.
Get Started
Scroll to Top